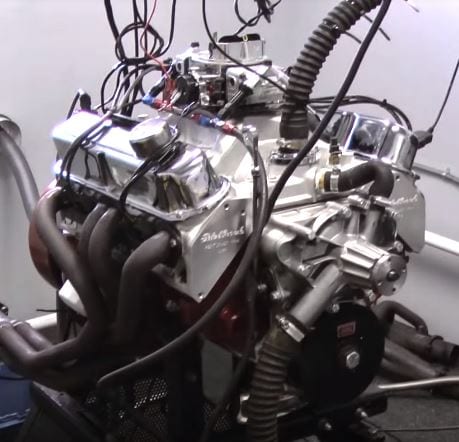 Next comes the 340 six pack that came just before the 1971 upgrade, and this gave you 250 horsepower @4,800 rpm, and torque was listed as 345 @ 3,400 rpm. The next change came in 1973; this was when Chrysler replaced the valve seats with hardened valve seats that would handle unleaded gas. The new valve seats could heat up to 1700°F and would be air-cooled.

In 1976, the Slant Six Valiant 318 V8 model came out, and this engine sported a low-speed pass of 475 feet in 11 seconds. The next addition came in 1978 when Chrysler integrated an adaptor to receive a magnetic probe for magnetically timing the ignition. These engines had cast iron cranks and hydraulic valve lighter, and the carb was half a pound lighter than the previous model.

The next big change came in 1980 when Chrysler lightened the 318’s design by restructuring the block, cam, exhaust manifold, and rear main bearing cap.

In 1985, Chrysler followed up with yet another upgrade, and this came by switching the original hydraulic lifters to a hydraulic roller lifter and adding a new matching camshaft. This change made life easier especially with cold starts and increased the overall engine life. The new 318 compressions was raised from 8.7:1 to 9.0:1, and the power of the 318 rose to 140 hp and 265 lb-ft.

The pistons are Strip Diamond Pistons designed to fit most OEM open and closed chamber heads and integrate perfectly with aftermarket Edelbrock, and Indy heads. The rods ratios are configured for .018″ -.025″ deck height @ 9.600″.

The bearings on this kit are split between the H series and the P series, where the H series have hardened steel back and thin overlay. The P series are used for high rev engines, and are the oldest in the Clevite 77 brand, and built with steel backings with extra-thin overlays to prevent overlay fatigue