For a strong and well-performing engine like the 6.7 Cummins, you need an equally potent turbocharger to complement its performance. And not just that, a turbocharger also extracts improved drivability from the engine. We’ll take a look at some popular choices for turbo replacements on the market to make it easier for you to find the best turbo for 6.7 Cummins. 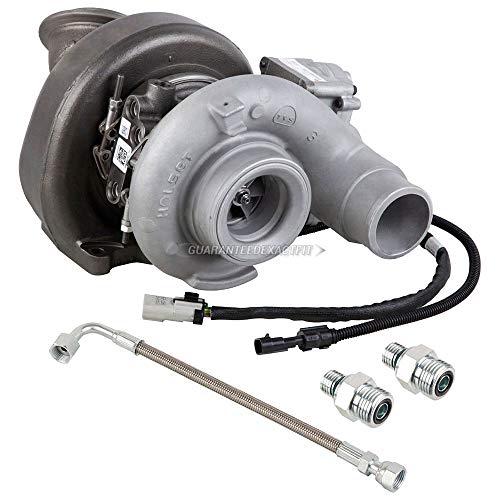 If you have the first-generation 6.7 Cummins engine in your Dodge Ram 2500 or Ram 3500 (with model years 2007.5 – 2012), this turbo kit is worth a look. It comes with a new factory-spec turbocharger and installation kit that includes gaskets, oil lines (oil drain gasket, oil feed line, and adapters) and seals. It’s CARB-exempt so it can be sold and used in 50 states including California.

BuyAutoParts claims that it’s the same Holset turbocharger (new, of course) that you got with the truck. Apart from the previously mentioned accessory kit, it’s accompanied by a new (and calibrated) electronic actuator. You get a 1-year, unlimited-mileage warranty with the BuyAutoParts turbo kit for 6.7 Cummins, but that can be further extended to 5 years or lifetime. You can contact the seller for the same.

The kit also comes with a refundable core deposit. That means there’s a refundable component in the total price you pay. You can get this by sending the old turbocharger to the seller (for free; a free return shipping label — valid in 48 states — is included; within 30 days). The company will use the old part to recycle, rebuild, or resell. In this case, the refundable amount is $500.

BuyAutoParts mentions that it’s the same turbocharger that Dodge/Ram dealership would give you now if you had taken your vehicle for a turbo repair. The refundable deposit makes the deal even sweeter. And since it’s CARB-exempt, you don’t have to worry about legal implications. 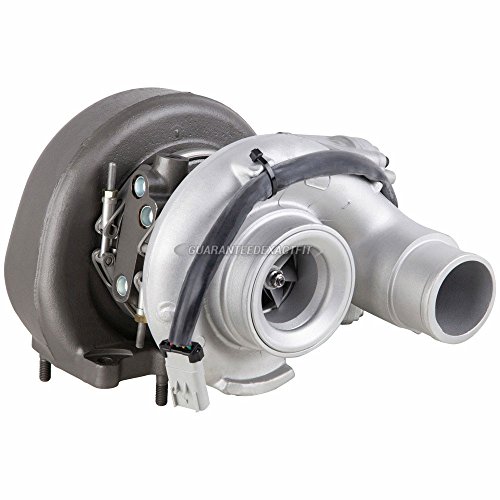 Imagine the scenario: your 6.7 Cummins turbo needs a replacement but you aren’t looking at spending the full-fat ~$2k for one, then what do you do? Picking up a used turbo can be tricky, hence installing a remanufactured one might just make all the right sense. That’s exactly what this BuyAutoParts is.

This is a kit with the original factory-spec turbocharger remanufactured (to factory standards) with a brand-new turbine shaft and journal bearings. The actuator features the latest OE program and is tested on every unit. Also, the vibration sorting rig balance is done, and new tolerances are used on these remanufactured units to ensure it performs the way it’s intended.

The kit also gets its worn parts replaced and is finished in original, factory look. It’s compatible with 6.7 Cummins trucks (the model year 2007-2012). You can receive a further $300 discount for your used turbocharger by sending it back (within 30 days) to BuyAutoParts for free (shipping label included, valid for 48 states).

BuyAutoParts’s remanufactured turbocharger is a great way of replacing your truck’s aging component but without breaking the bank. It comes with a calibrated actuator and with various quality tests done to ensure the turbocharger works as close as possible to a new, factory unit. It comes with added peace of mind because it’s remanufactured and not just taken off of an old truck, and the standard 1-year, unlimited mileage warranty can be further extended, like in the case of the new model.

BD Diesel’s turbocharger kit for 6.7 Cummins trucks isn’t only cost-effective, it also features added benefits and wide compatibility (the model year 2007 to 2018). Along with that also comes a solid promise of lowered exhaust gas temperatures and high turbo drive pressures.

It’s not CARB-exempt, so you can’t run it on public roads in California. But with the money that you saved on the kit, you’ll be able to spend on the aftermarket turner that this kit requires. (You can read all about Cummins 6.7 Tuners in our guide here and a new air intake kit as well.

The kit includes an SX-E Borg Warner turbo that uses a high-flow housing and a 360-degree thrust bearing, enhanced compressor wheel, and housing. The kit also includes BD’s exhaust manifolds and gaskets, to ensure you don’t need anything extra when getting the turbo fitted. The kit is backed by a 1-year/12,000-mile warranty from BD Diesel. Please confirm with the seller this and the compatibility to ensure you get the exact kit that you’re looking for.

If you want to move away from the 6.7 Cummins stock turbo, then this is one option. BD Diesel also claims that depending on the truck model, you can achieve 550-700 hp, but that we’re certain requires other upgrades as well. 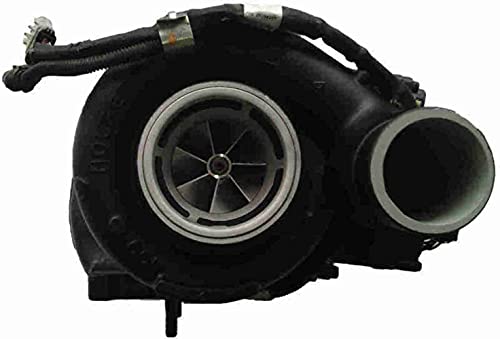 Are you running a gen-1 6.7 Cummins-engined Ram 2500 or Ram 3500 (model year 2007.5 – 2012) and looking for a replacement/drop-in turbocharger? If yes, the Fleece Performance Cheetah VGT promises a standard replacement in addition to lower EGT, improved performance, and pronounced turbo noise.

It’s not CARB-exempt, so you can’t buy and fit if you’re in California. But on the bright side, it’s backed by a 2-year, unlimited-mileage warranty, which should bring some added peace of mind. It comes with a factory-spec Holset actuator, a 63 mm billet compressor wheel, and a high-flow turbine. The manufacturer states that it can support 650 hp at the rear wheel but without compromising any drivability.

The major advantages mentioned by Fleece are better performance, a smoother yet quicker throttle response, improved top-end power delivery, and even lower exhaust gas temperatures. The inclusion of a 2-year, unlimited-mileage warranty adds to that. 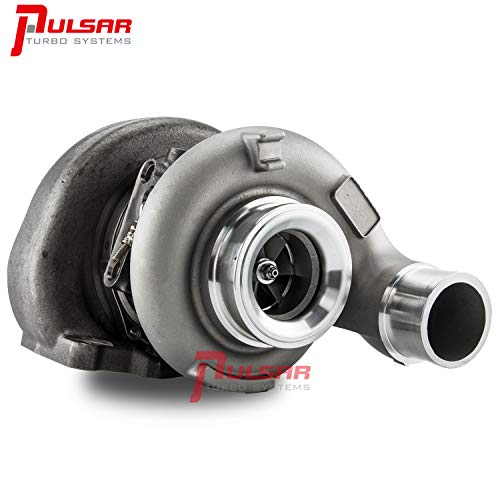 Compatible with 2007.5 – 2012 6.7 Cummins Dodge Ram 2500 and Ram 3500 trucks, the Pulsar turbocharger is a replacement unit for the stock turbo. This kit includes only the turbocharger, which means you’d need to source the actuator and other things yourself.

One of the main reasons that you may want to go down this route (of choosing the HE351VE) is the better spooling of the variable geometry turbocharger. That makes the truck more responsive, and you can also cruise at lower rpm.

It’s going to require more effort than the other turbo kits since for this you’ll also need to look for an actuator. The installation is recommended to be done by a professional, and Pulsar Turbo clearly states that you get in touch with them regarding things like warranty and compatibility before making the purchase.

Like all new parts, new turbochargers also require a bit of breaking in, so after you get the desired turbocharger fitted, you need to break it in before engaging in heavy operations like towing. Another thing that must be kept in mind is that most of the choices here are either stock turbo replacements or drop-in turbochargers. If you’re looking for a bigger power upgrade, we’ll do a separate feature on those turbocharger kits as well in the future.

Of the options we’ve selected here, the original replacements from BuyAutoParts (new) and remanufactured both present a good opportunity of letting the truck run like new. BD Diesel’s Iron Horse turbo kit frees up some additional performance and lowers EGT too. But while the BD Diesel kit has wide compatibility, the Fleece Performance has a 2-year warranty. Neither of these is CARB-exempt, though. And if you’re looking at the HE351VE variable geometry turbo, then you can take a look at the Pulsar Turbo model. It’s going to require some more sourcing as it doesn’t come with an actuator. And the Iron Horse unit will also need a new tuner and air intake kit.