Signs of Bad Oil Pump, Plus Reasons Why It Fails and How to Maintain 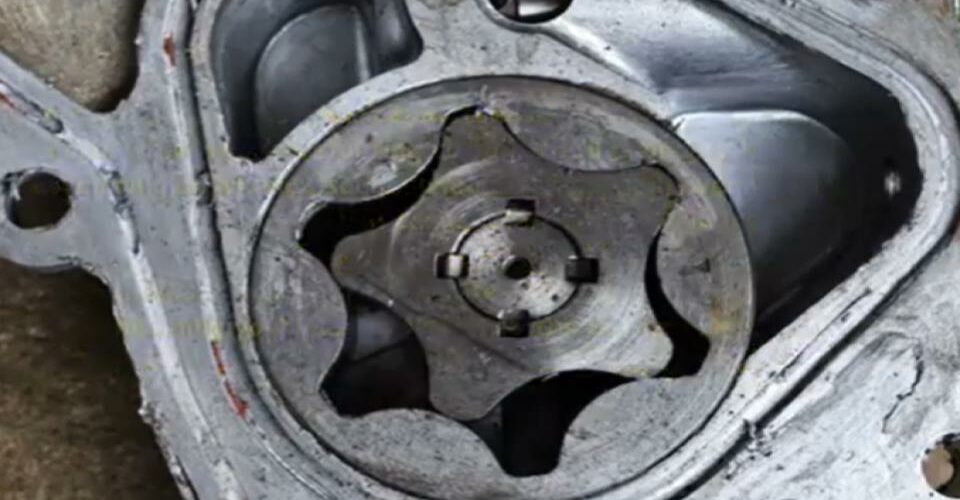 As an important component for optimal engine performance, the oil pump must demonstrate peak functionality at all times. It supplies the oil necessary for lubrication while a vehicle is running. Any problem can result in overheating and can speed up wear.

While the pump is one of the strongest engine components, there are times when it also malfunctions. By being aware of the bad oil pump symptoms, you can spot the problem immediately and fix it as soon as possible. This way, you can prevent costly repairs and catastrophic damage.

Read on as we list some of the symptoms to watch out for. We’ll also talk about why they fail and what you can do for proper maintenance.

What Is an Oil Pump?

Oil is important for the movement of the engine’s parts. Not to mention, the oil is also responsible for the collection of dirt, absorption of heat, and prevention of corrosion. For all these benefits to be possible, the oil needs to pass through the engine, and such is what the oil pump does. 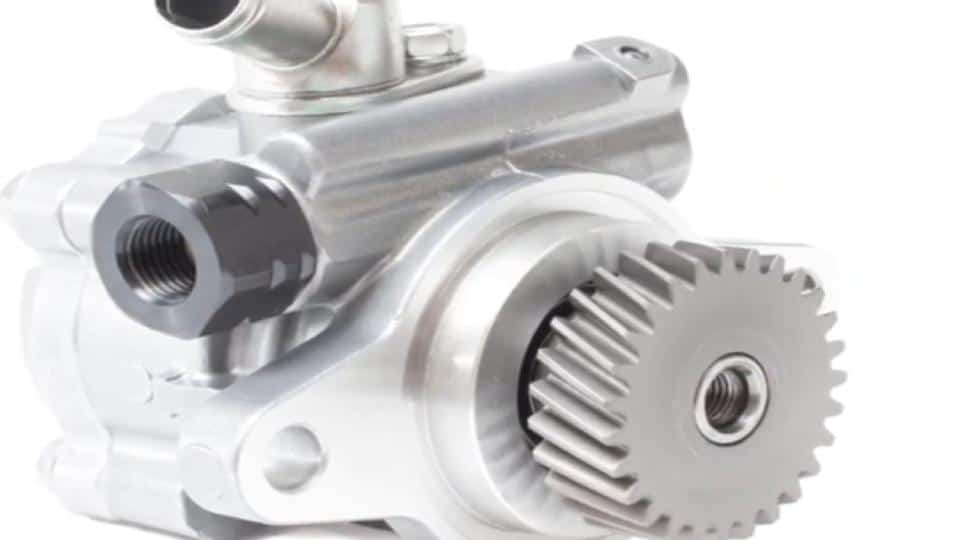 The oil pump is also known as the heart of the engine’s lubrication system. It sucks oil from the pan and pushes it around the engine before going back to the sump and recirculating. When it fails, it is most likely that the engine won’t be working as it should. It won’t take long before serious damage is present, and that will be costly to repair.

Clueless if your oil pump is showing a problem? Let’s talk about some of the tell-tale signs to look out for, so you can act accordingly before the issue worsens.

For longevity and smooth operation, the right oil pressure is critical. As oil flows in the engine, the pressure is building up. This will make sure that the oil gets through the moving parts that require lubrication. If the pressure drops, the oil will no longer flow freely, which can increase the wear on the different engine components.

One of the easiest ways to know if there is low oil pressure is to look at the dashboard. There will be a warning light. More so, you have to look at other occurrences, such as burnt smell, unusual noise, and decreased performance.

While low oil pressure is one of the most common symptoms of a bad oil pump, take note that the latter isn’t the only culprit. Other factors can be the suspects, such as insufficient oil, too low or high viscosity, defective gauge, and obstructions in the oil filter. 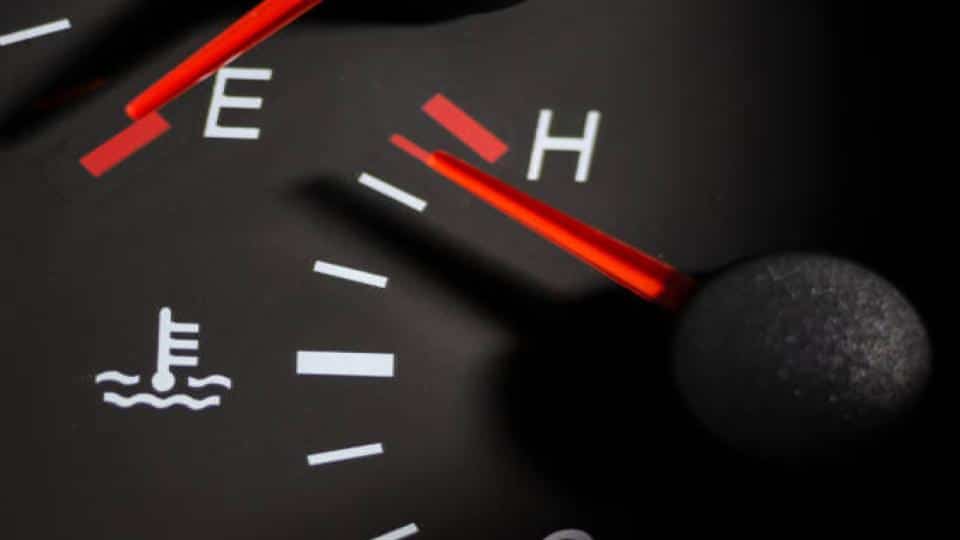 Lubrication oil has a significant role in maintaining the right engine temperature. It is responsible for the absorption of excess heat and dissipates it on the other components of the engine. Additionally, it decreases friction. Nonetheless, such won’t happen when the oil pump is problematic.

A lot of people instantly panic when they hear an unusual sound in their car. Lots of factors can be the reason for such, including a bad oil pump. Among others, it can result in hydraulic lifter noise. The hydraulic lifter maintains proper valve clearance, so it needs sufficient lubrication. If there is too much friction as a result of the inability of the oil pump to work properly, expect that it will be noisy.

The oil pump itself can also be the source of the noise. It whines as soon as it fails, especially with an idle car. The noise can also be an indication of wearing out of the internal gears, which might need a replacement.

If the engine is not starting, you are doomed! Your car won’t run. There are countless reasons for such. For instance, it can be because of a dead battery or a faulty alternator. A defective ignition switch can also be the reason. You might want to look at the gas tank as it can be empty. It is also possible that there is a clog in the fuel filter. Another common problem is a bad oil pump.

As we have talked about earlier, the job of the oil pump is to pump oil into the engine. As it goes bad, it won’t do such a function properly. As a result, the engine will not have the oil that it needs to start.

Now that we talked about the most common bad oil pump symptoms, here is a quick rundown of why they fail. 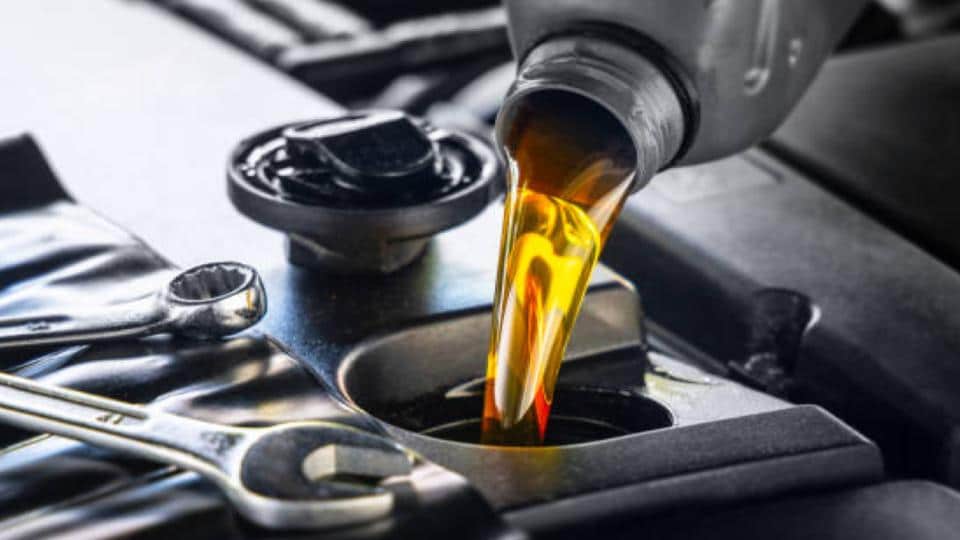 Follow the manufacturer’s recommendations for an oil change. Otherwise, there is a high possibility that you will end up with a bad oil pump. Over time, the oil will accumulate debris, and hence, it will be more difficult to optimize its performance. It can put too much strain on the pump, which can eventually result in breakage.

The specific brand and model of your vehicle, driving conditions, and type of oil are important factors in determining when to change the oil. With today’s innovative lubricants, an oil change is necessary only for about 5,000 to 7,000 miles.

If the oil in the pump is not enough, there is a high probability that you will end up with a bad oil pump. It is not enough that you change the oil as the schedule requires. It is also essential to ensure that you are replacing it with the right quantity. As the oil level goes lower, the friction increases, leading to wear and problems with the oil pump.

Take note that oil consumption increases as the driving conditions become harsher or when the components wear. Most vehicles will need five to six quarts of oil, but such will depend on different factors. The best thing to do is to check the recommendations of the manufacturer.

Another reason why oil pumps fail is contamination. It happens when dirt, metal particles, fuel, and other contaminants mix with oil. It results in chemical changes, including oxidation and additive depletion. Such can wreak havoc in the engine, affecting both its effectiveness and efficiency.

To prevent oil contamination, one of the most important is to use the right oil, which should depend on the specific requirements of your vehicle. It can be conventional or synthetic oil. Proper oil storage and handling are also crucial.

Like any other part of your car, the oil pump requires proper installation. Otherwise, it won’t work properly. It will wobble and will be easily prone to wear, making it defective. There should be enough clearance and make sure it is tight in its position. Check periodically to adjust if it has moved.

Oil pumps suffer from wear and tear as a result of regular use. They undergo compression cycles throughout their operation, making them prone to damage. The internal clearances can increase, which lessens the oil that it pumps into the engine. As a result, there will be a lower oil pressure.

How to Test an Oil Pump

Unsure if the oil pump has a problem? While the instinct of some people is to insanely rush to a mechanic, you don’t necessarily have to do so. Instead, you can test it to be sure of the problem and perform a quick fix.

Care and Maintenance of Oil Pump

Prolong the functional life of the oil pump and enhance the overall functionality of the engine by doing the following:

How much does it cost to replace a bad oil pump?

With excessive wear, a repair won’t cut it. Hence, you will need a replacement, which can be quite expensive. On average, replacing a bad oil pump will cost anywhere from $500 to $2,500. Meanwhile, the cost of labor can run from $200 to $500. Often, the cost is high because you won’t just replace the oil pump but also oil gaskets, seals, and filters.

How long does an oil pump last?

On average, oil pumps will last anywhere from 60,000 to 70,000 miles. However, it will depend on several factors, such as the quality of the component and the extent of use of your car. The condition of the environment where you drive is another factor that comes into play.

Can you drive a car with a bad oil pump?

Yes, you can drive your car even with a bad oil pump. Ideally, however, you shouldn’t be doing so. Instead, you should open the hood and evaluate the main cause of the problem. Implement a quick fix to prevent the issue from worsening before you resume driving. Otherwise, it might become more serious and costly to repair.

Where is the oil pump located?

In most vehicles, the oil pump is located inside the oil pan. It sits on the top of the pan and next to the pickup tube, which is the one responsible for taking the oil from the pan and pushing it to the engine.

Also, learn how to change 5.3L lifters without removing heads.

The job of the oil pump is to send oil to the engine, making sure of proper lubrication of the moving parts. Otherwise, there can be excessive friction and wear, which will compromise the overall performance. With this, pay attention to bad oil pump symptoms, which include low oil pressure, high engine operating temperature, weird noise, and failure of the engine to start.