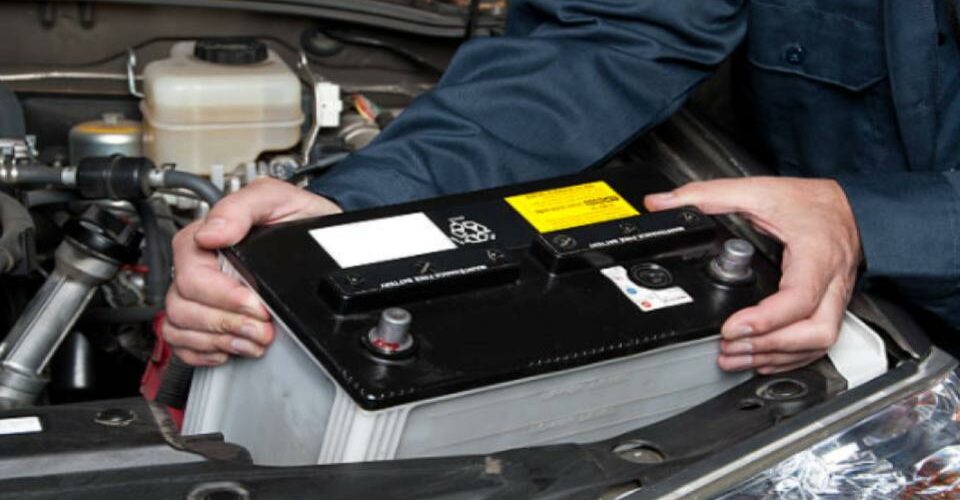 So, you’re wondering why your car battery won’t take or hold a charge.

Is it a bad battery charger? Probably not! Is it battery sulfation? Most likely!

Battery sulfation is usually the culprit, and when this happens, the battery capacity seems to have reduced so much that it’s acting like a very small battery.

It can be quite frustrating to start your car just to realize that you’ve got a dead or bad battery.

But this is a problem that you can resolve. You just need the tools and the step-by-step process of how to recondition a car battery that won’t hold a charge.

Read on to get the details!

Why Your Car Battery Won’t Hold a Charge? 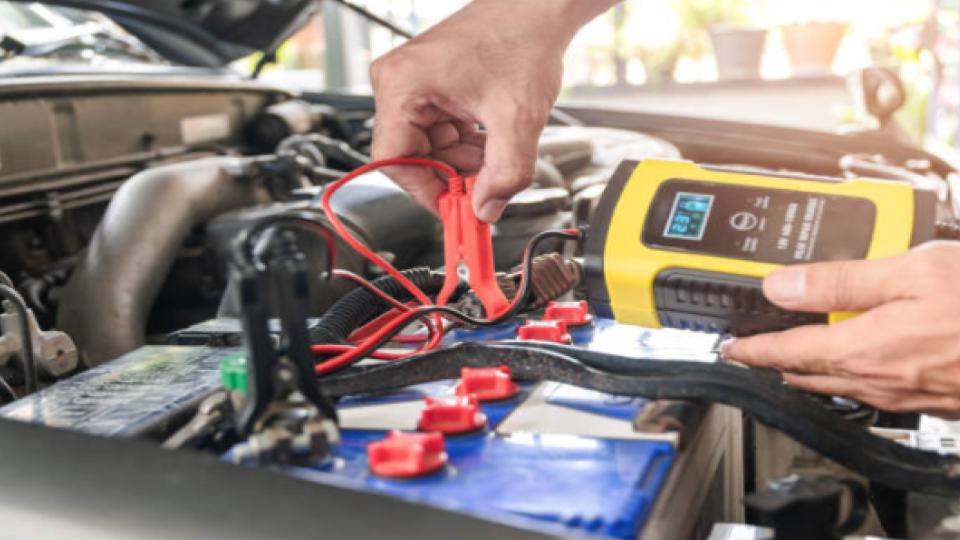 These are the main reasons why your car battery won’t hold a charge:

So, what is car battery sulfation? It’s when lead sulfate crystallizes into a form that’s no longer electroactive. What this means is that the lead sulfate doesn’t take part in the charge or discharge process.

Why and when does it happen? Sulfation normally occurs when your car battery is deprived of a full charge. Every battery discharges over time, and that’s when sulfation can occur.

Your car battery will eventually develop a bad cell. The other cells in the battery are still working, but one cell can stop functioning, maybe because of a short circuit in the plates.

You should check your battery cells during spring and fall to avoid being stranded by a failed battery.

Lack of water is one of the reasons your battery won’t charge. The plates cannot take full part unless they’re completely covered with water. Low water levels will tell you that the acid concentration is too high, which will most likely lead to sulfation. Adding distilled water to your car battery should help resolve or prevent this issue. 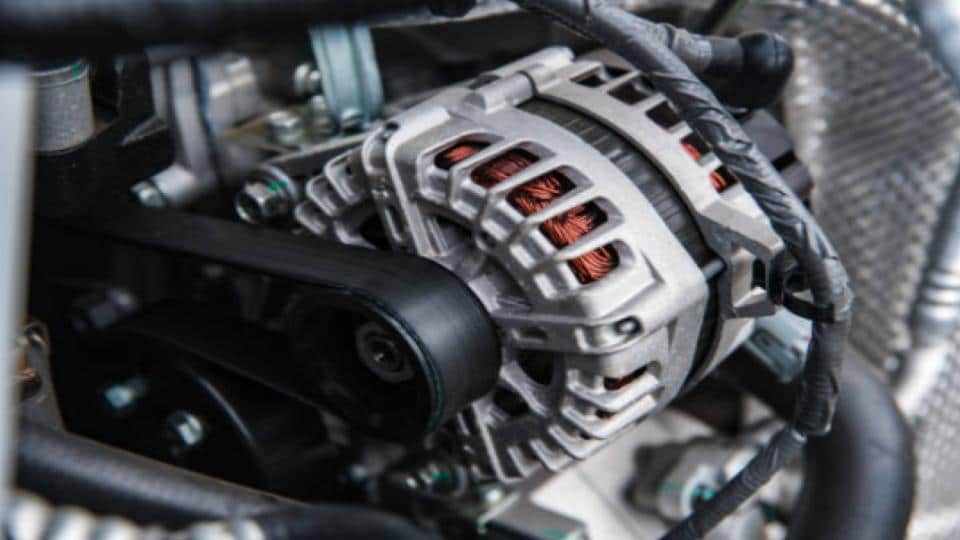 An alternator is a kind of generator that essentially gives power back to the battery. What happens when an alternator goes bad is that it won’t be charging the battery. Not to mention that it can do funny things with your car’s electrical system.

To get to the root of the problem, check the condition of the alternator drive belt. With the engine turned off, the belt should not be glazed, worn, or cracked. To check for looseness, manually try to spin the alternator cooling fan.

Apart from causing a bad battery, a failing alternator will also cause the following:

Your battery terminals and cables can suffer from corrosion. This prevents solid contact, which can limit the charge supplied to the battery from the alternator.

The corrosion on your battery cables and terminals can differ in appearance, texture, and color, depending on the cause of corrosion. The most usual culprit for this is electrolyte leakage. 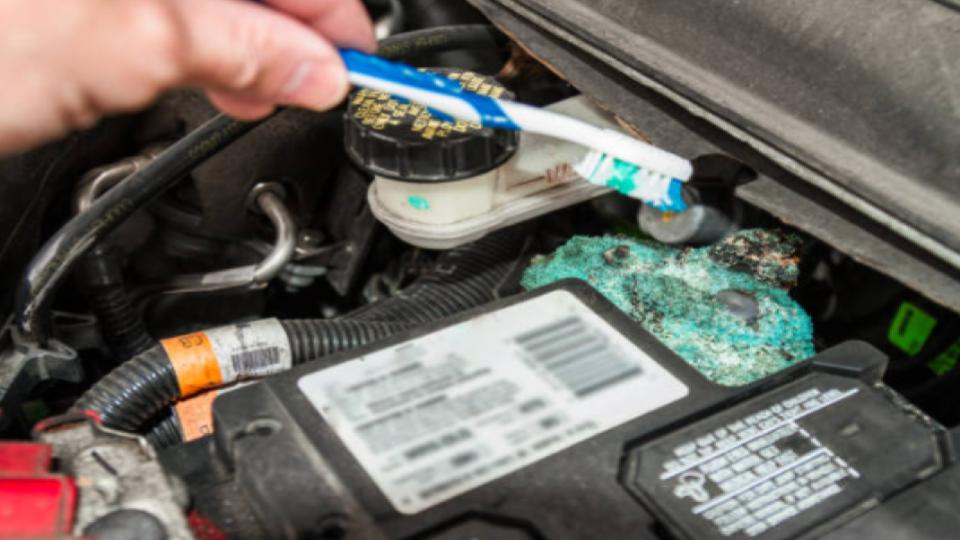 When battery fluid leaks, it accumulates on the cables and terminals. When filling distilled water into the battery, electrolyte leakage leads to corrosion.

Overfilling the battery with water can very easily cause the terminals to corrode. Corrosion can also happen if the battery is old and it’s been overcharged.

A worn or loose alternator belt will contribute to charging woes. This means the charge the alternator produces may not be enough to recharge your car battery.

To check the alternator belt tension, grab the vanes on the front of the alternator and try to turn them, making sure that you’re not using excessive force. If they turn easily, the belt is probably too loose.

You can also check the tension of this belt, and other belts, by pressing down your thumb at the midpoint between the pulleys they ride on.

So, your battery and alternator are working just fine, but there’s something else that is drawing the charge. This could be probably because you left your headlights on. The constant power that is drawn from the battery could end up shortening its lifespan.

How to Recondition a Car Battery That Won’t Charge

What Is Battery Reconditioning?

Battery reconditioning is basically resuscitating or reviving a battery if it’s not charging as expected. This process includes restoring the battery’s standard electrolyte level and full charging capacity.

What You Will Need

Here are the steps to follow when reconditioning a battery. Thanks to Watt Barrett for this friendly tutorial. 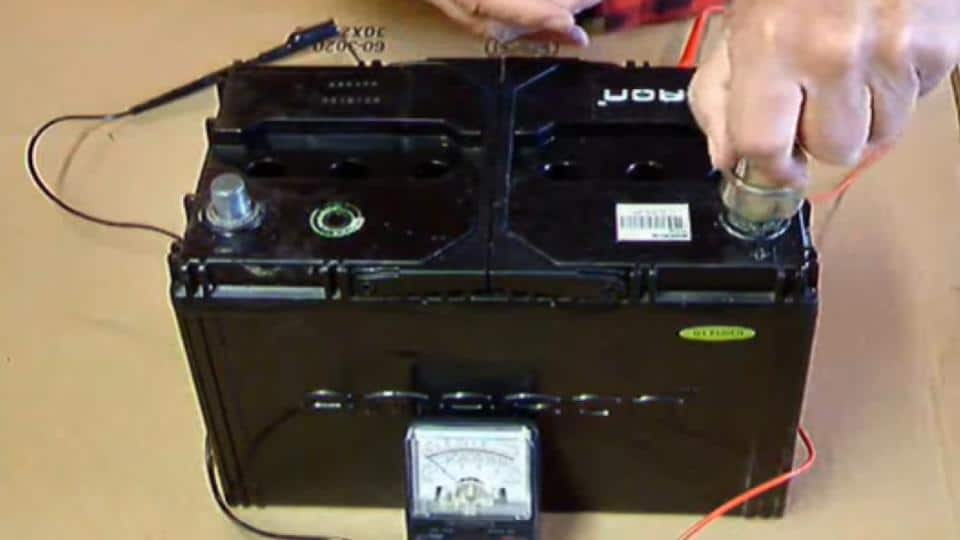 In most cases, the terminals get corroded. So, it’s best to start the reconditioning process by cleaning the terminals.

Take the battery out of your car and gently place it on the ground. Use tape to cover cell caps to prevent the entry of any cleaning agent. Use a stiff bristle brush and a solution of warm water and baking soda to clean the terminals. Then, use a battery post cleaner to clean the terminals. The stiff bristles provide superior cleaning power for unclogging tough dirt and buildup.

All you have to do is remove the cap on each terminal and then press the brush hood over the post of the terminal for easy cleaning. Turn the battery post cleaner several times. Repeat the same process on the other terminal post. 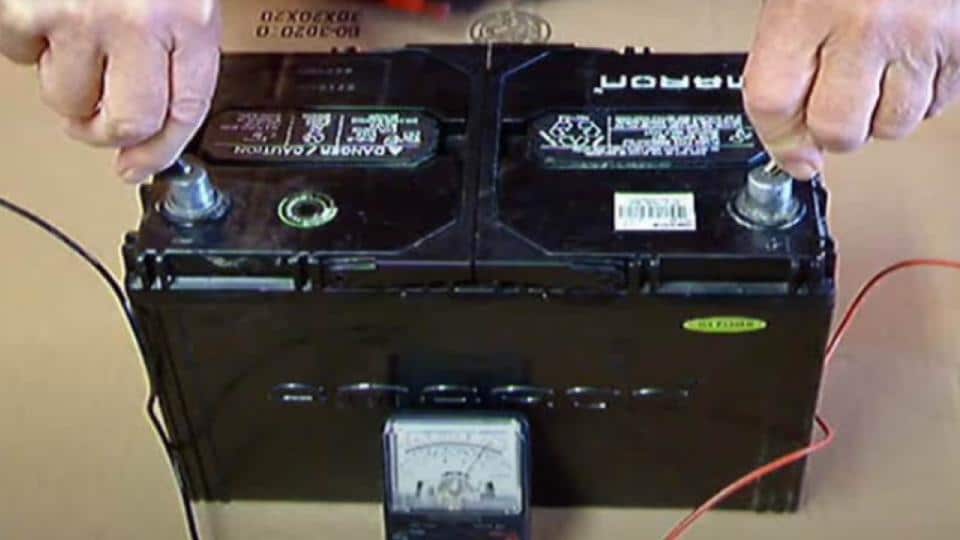 You first need to check your car’s battery voltage. Use either a digital or analog voltmeter. We recommend you allow your car to cool down for at least 12 hours before you do this test. The cooldown duration will allow any surface charge to dissipate.

If your battery doesn’t read at least 12V, you’ve got a problem with one of your cells.

Next up, check the cells to see if one of them is dead. 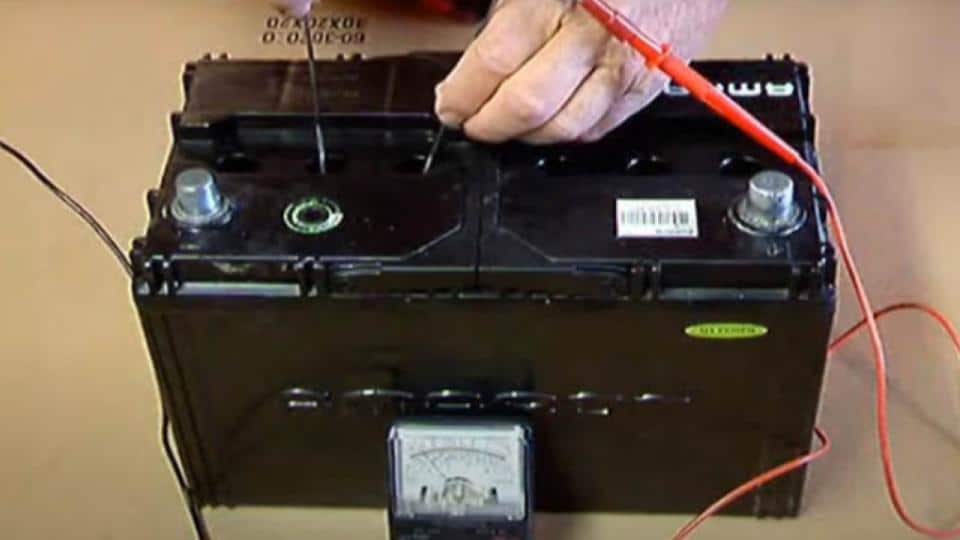 Check the condition of each cell on your battery. Use a common screwdriver to lift the battery caps and expose the cells.

Check your water level. If your water level is low, don’t worry you will service the water after testing the cells. It is always advisable to have a neutralizing solution (a mixture of water and baking soda) nearby when the cells are opened.

The battery we’re testing has six cells (12-volt battery), which means each cell should be capable of storing 2 volts of electricity.

Repeat the same process until the last cell. You must get a reading of at least 2 volts for the individual cells or you’ve got a bad or weak cell. 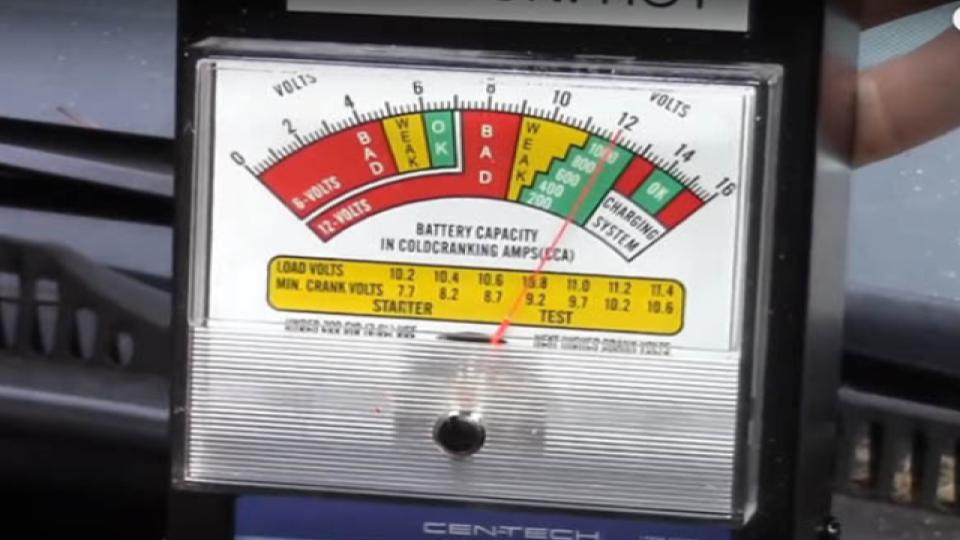 You need a load tester for this step. The unit has a big carbon filament inside that acts as the resistive load on the battery. It comes with a toggle switch for engaging the carbon filament.

You will notice that the reading is in the high green section of the meter at about 13 volts. Do the load test by toggling the switch, which will put a load on the battery. The meter should drop when the switch is on to the yellow zone at about 11 volts. When you let go of the switch, the meter should shoot back to the green zone. This is an indication that the battery is in good shape.

When taking off the load tester always remove the negative terminal first and then followed with the positive one. 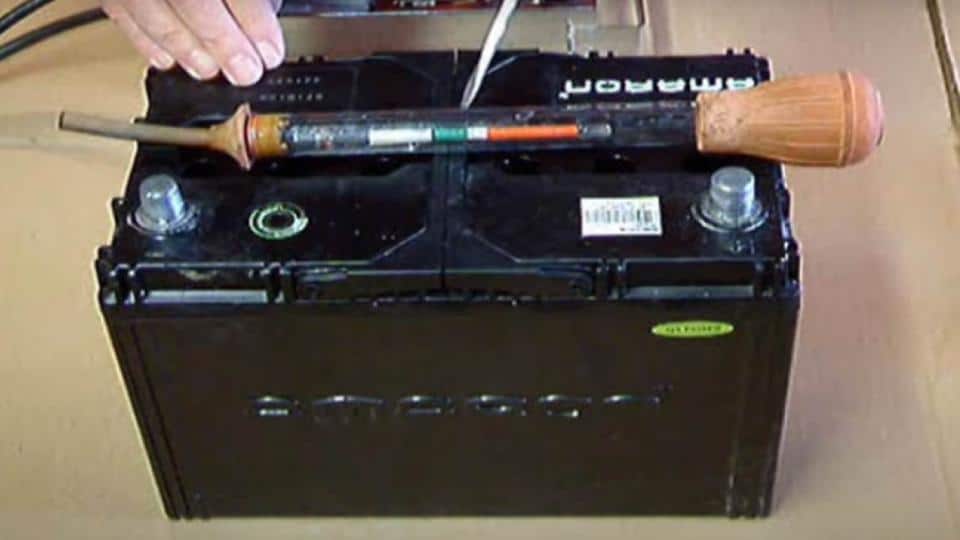 A battery hydrometer is a glass tube that is fitted with a suction bulb that draws the electrolyte from your car battery and up into the glass tube until the float begins to float.

Read each cell the same way. The cells are likely to give you different readings. You should also check the level of the electrolyte, which should be at least an eighth of an inch above the top of the lead plates. 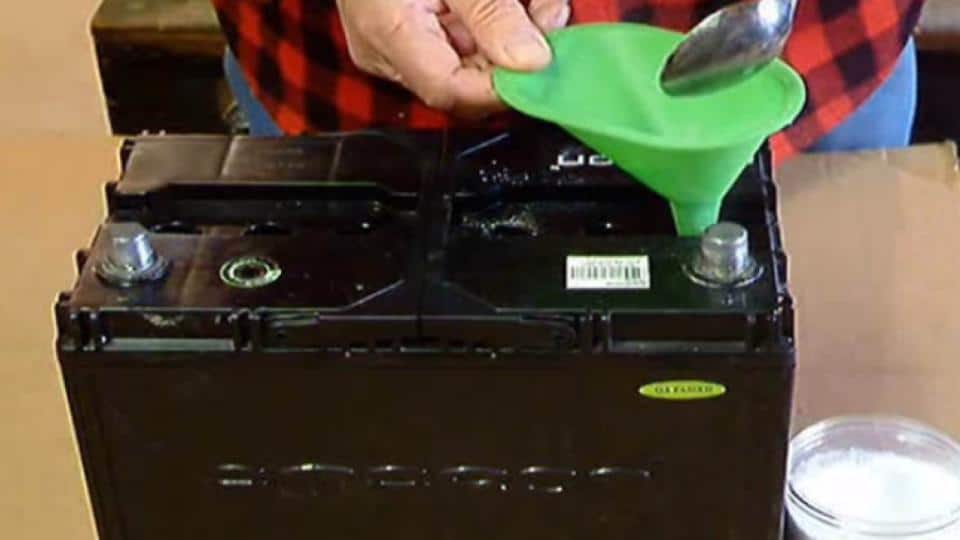 Once you know that your car battery is ready for reconditioning, it’s time to add the reconditioning chemicals. You will need a plastic funnel and a tablespoon. Scoop a spoonful of the chemical and add it to each cell. Then put the battery on the charger and allow it to charge for 24 hours.

What Are the Signs a Car Battery Needs Replacement

You should consider replacing your battery if you observe the following:

A bad, failing, or discharged battery can cause some serious problems in your car’s electronic and electrical components, including the computer. It may cause the Check Engine Light to display.

Also referred to as battery acid leakage, a battery leak when sulfuric acid finds its way out of the battery. You can know a battery is leaking if it has visible cracks in its casing. You should also look for bubbling fluid escaping through the cell caps. Your car battery may also appear distorted, inflated, or warped.

The Age of the Battery

The average lifespan of a car battery is approximately three to five years. As it ages, so does its ability to hold a charge. At some point, you will have to replace the battery with a new one.

Can a Car Battery Hold Charge and Still Be Bad?

If your car battery is not holding a charge higher than 10.5V, then this is telling you that it’s a dead cell. The battery is usually sulfated when it is fully charged but has a voltage of less than 12.5V. Consider the battery to be bad if it can’t reach a full charge.

All the car battery types we have come across need charging.

Are There Any Safety Precautions to Consider?

Always go through your battery and vehicle manuals for safety instructions before reconditioning a battery. Wear protective clothing and safety glasses. Work in a well-ventilated environment and keep the whole process away from any ignition source.

The battery under the hood of your car should live for about three to five years with good maintenance. There are no guarantees beyond the battery’s warranty though.

But a serious car owner willing to check, service, and clean the battery and its connections and terminals should be able to have that battery start and run the car for more than half a decade. Our detailed guide on how to recondition a car battery that won’t hold a charge should make maintenance easy for you.

You might also want to know: What’s the Best Battery for F150.