Tuners and Programmers: An In-Depth Explanation

Car tuners and programmers are used to acquire the right mix of variables to achieve a vehicle’s maximum peak engine performance. When properly executed, you can boost your horsepower and torque, and improve your engine’s performance. Additionally, the procedure will increase your miles per gallon (MPG) consumption, resulting in a huge saving.

Although tuners and programmers are used interchangeably by users and manufacturers, in reality, these two are different. A tuner is a person – commonly a software engineer – who overwrites the pre-installed computer data (set by the car manufacturer) in a safe and effective calculation based on numerous determining factors. A programmer is a device that loads data and communicates to your vehicle’s computer.

A car has several sensors and computers that monitor and control its condition. These computers are designed to ensure a vehicle’s reliability, whether based on power performance, fuel efficiency or durability. In the 1980s, most vehicles are only controlled by a computer to some degree. Today, with several technical advancements, the manufacturers have successfully improved the integration of computers, turning it from mechanical to fully digital.

Unfortunately, car engineers typically need to adapt to the different demands in the market. If you will thoroughly review a manufacturer’s available vehicle models, you will notice that one is more fuel efficient, while the other has boosted speed, better emission, decreased noise, and so forth. These are set based on how the software is programmed. Obviously, because of these demands, one feature will be compromised to ensure that the vehicle will deliver its expected edge among the other models. 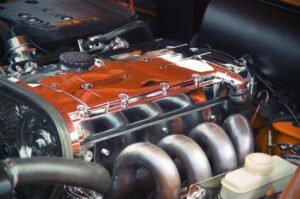 To unlock the fullest potential of your chosen vehicle, aftermarket calibration is conducted. Tune-up is an effective way to make it possible, especially when combined with other modifications. Through the process, you can calibrate your car’s software by changing a specific variable (or everything) to increase the torque and horsepower, or add a specific feature that it does not originally come with. Thus, it allows your vehicle to drive at its optimum speed, maximize its fuel efficiency or improve your driving experience.

If you have purchased an average car that only focuses on a specific performance, tuners can do great things to have it altered. With proper tuning and engine controls, you can achieve the best mechanical advantage by increasing your peak performance from 50 to over 400 RPM. However, you have to keep in mind that not all tunes are equal and you have to thoroughly research your car’s hardware capabilities and platform differences, as well as the tuner’s expertise.

When you plan to have a tune-up, some common features that you can alter includes increasing or decreasing the rev limiter, fueling, changing the valve and ignition timing, removing the speed limiter, or decreasing your fan-on temperature. Experienced tuners can also add uncommon improvements such as adjusting the air-fuel ratio, boost-by-gear, select-a-tune and so on. These are commonly done on your vehicle’s engine control unit.

What can be Tuned?

Engine Control Unit (ECU), also referred to as the Engine Control Module (ECM) and Power-Train Control Module (PCM), is the most important computer in your vehicle. The ECU gathers all the necessary engine information from all the sensors installed around your car, which are known as “inputs”. These include coolant and air temperature, engine RPM, throttle position, engine speed, and manifold pressure. Once these data are received, reviewed and calculated, the ECU will have to determine how it should react. These results are then provided to the “outputs” so as to start performing based on the set parameters. Outputs control aspects like valve and ignition timing, fuel injectors, rev control, and more.

Another important computer in your vehicle is the Transmission Control Unit (TCU). For automatic transmission (AT), the TCU gathers data from the ECU to calculate the right time as to when it has to change gears to achieve the maximum performance, fuel economy and shift quality. When tuning the TCU, you can actually change the shift points, or remove the gear lock-out and the adaptive learning. If in case your car has a horrible shifting, a tuning can potentially solve the problem.

Tuning is also helpful if you want to change several car parts such as adding a turbo or supercharger, using bigger injectors, and more. Basically, the process is executed to instruct the ECU how it should perform with its new parts, especially when the added ones have greater features than what were originally installed by the car manufacturer. For example, upgrading to bigger injectors.

A programmer is a plug n’ play device that is connected to your On-Board Diagnostic II (OBDII). OBDII is a universal port just below the steering column, lower section of the dashboard above the pedals.

Programmers are also known in various names such as Cortex, SF3, Predator, Gryphon, Edge, Flashpaq, and more. Each variant is programmed in different ways so you can immediately decide which one should you use upon reviewing the modified parameters. For example, the Edge is set to gain reliable power and fuel efficiency. On the other hand, the Flashpaq is programmed to boost the torque, horsepower and fuel economy. So, when choosing the best programmers for your vehicle, you need to thoroughly review your vehicle’s capabilities and set your preferred end result. 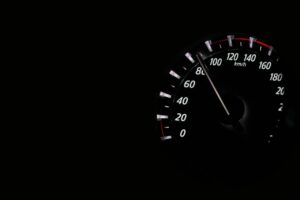 Take note that a programmer is different from a chip. A chip is a device that you attach to the ECU, exactly located at the engine compartment or in the cab, just behind the glove box. It stays there forever, unlike a programmer that you can change if you want an upgrade (or a downgrade). It has numerous “tunes” so you can easily switch from one to another. To do that, you need to route a wire through the firewall to a switch. However, chips are commonly used on older vehicles as newer models don’t have a port to insert one.

A programmer is constantly updated to keep up with the continuous vehicle improvements, making it a simpler option for users. Installation is also straightforward so you can easily perform the tune-up on your own.

Remember, adding a programmer is not 100% safe. You need to determine and double-check that the provided data within the device match your vehicle’s capacity. Additionally, make sure that your vehicle is appropriately prepared before the calibration cause when things go wrong, your original data can be busted and deleted. Back-up the data so in case something drastic happens, you can get it back to its original state. Another thing that you can do is to tow it to your dealers and have your ECU “flashed” for you, which typically comes with a fee. Having a professional tuner around to perform the installation can be beneficial as he has the experience and the knowledge to fix it immediately.

Once you have purchased the right programmer and you have decided to install it on your own, the first thing that you need to check is the provided User Manual. Confirm whether the engine should be turned on or off. After, plug it to your OBDII (Note: It will only fit in a certain position so once it’s in, you are guaranteed that you have done the right thing) and the programmer’s screen will light up. A forthright instruction will flash and you just have to follow it. You don’t have to plug it all the time so don’t forget to unplug it once the installation is complete.

If you are a persistent DIYer, there are some safety precautions that you need to keep in mind before you plug your programmer:

A Wrap-Up: Tuners and Programmers

Every car owner has different needs. It is pretty common that the initial thing that we look at when buying a vehicle is its aesthetics and the price. A $27,000 sedan that can comfortably accommodate 5 people is such as steal! Features and performance typically come next. If you are taken aback just because the performance is less than what you want your vehicle to be, tuners and programmers can boost its parameters so you can maximize its full potential.

If you want tuners and programmers, don’t forget to thoroughly list down all the things that you want to achieve. Keep in mind that your current vehicle’s capacity should be put into consideration before you begin the calibration, so as to not damage any internal part that could possibly put you in danger.