How Much Does a V8 Engine Cost? 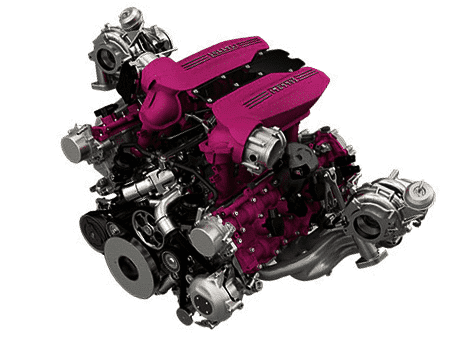 Damn, when I was asked to write an article on this subject, I accepted like a mug and then realized that it was one of the daftest questions ever asked in history. Well, not trying to be a mug, I decided to tackle this question in all its obvious gory daftness.

So, how much does a V8 engine cost? I have no idea, and neither does anyone else. The cost of a V8 engine is based on a number of factors, and this includes the actual V8 engine make, model and year. Whether it is new or used, and if it needs to be refurbished, and if so with what parts? OEM or aftermarket? Now add to this what kind of aftermarket are you seeking? Do you get the picture?

How much does a V8 engine cost?

Ok, so before we tackle this question in more detail, or before I start to put numbers into the equation, lets first understand what a V8 engine is. I will concentrate only on the US market since V8 engines are many. 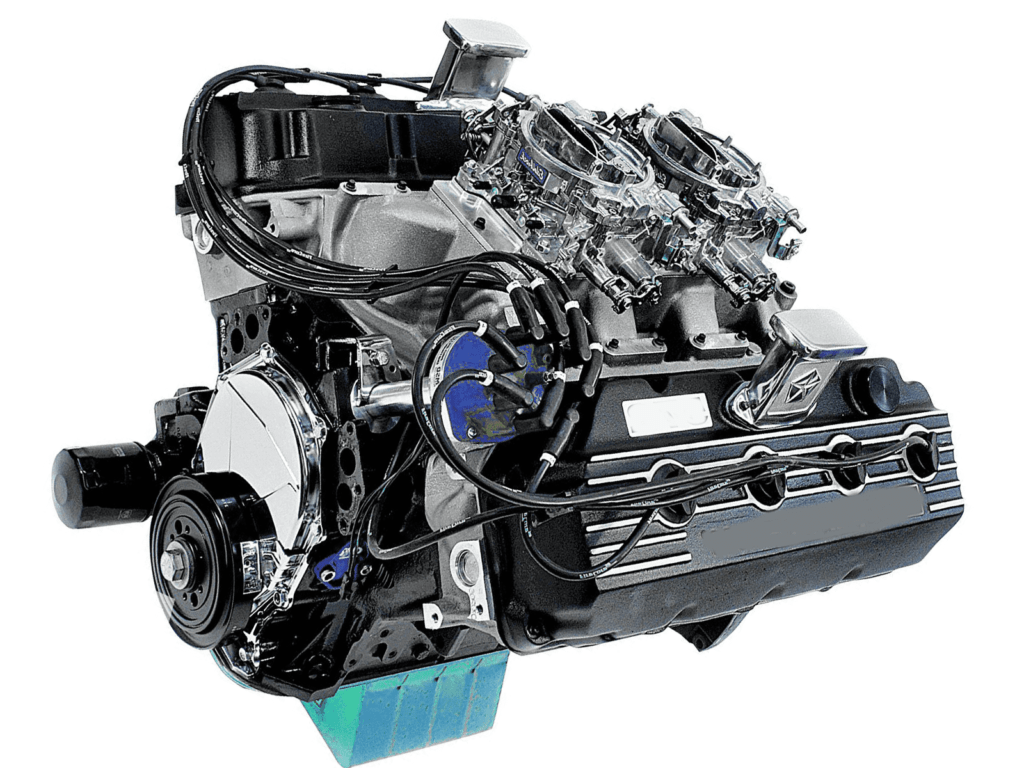 V8 engines are V configured cylinders mounted on a crankcase in lines of four per side. The total number of pistons being eight. These banks are set at either 90o, but the most common, and hence the name “V” is 72o. (There are other models that come with either 45o and 60o angles).

The easiest way to describe a V8 engine in words is a twin parallel inline-four engine sharing a common crankshaft. These engines first appeared back in the 1920’s and evolved alongside v6’s and V12’s. Today, racing V8 engines resemble the original design, where a single plane crankshaft is used to deliver faster acceleration and optimized exhaust flow.

The V8 configuration is used in a very wide range of applications, and most manufacturers have one version of a V8 engine in their cars or trucks.

Traditional 90° big-bore V8 engines are common in the American market, but due to their dimensions are not usually found in transverse engine front-wheel drive vehicles. As such, these engines find themselves being placed into rear-wheel-drive sports cars, muscle cars, luxury cars and light trucks. Some of the larger more exclusive cars such as Cadillacs and Volvo’s come with V8 transverse FWD and transverse AWD engine configurations, although these engines undergo modifications that include a tighter cylinder bore spacings and a narrower cylinder bank angles

Race cars are the popular preference for finding V8 engines and these are used in Formula-1 and Nascar. These engines use a flat-plane crankshaft, rather than the uneven firing cross-plane crankshaft that interferes with engine tuning. Another issue with crossplane crankshafts are that they are heavier, and counterweights prevent rapid acceleration. Although, while this is true, the front plane V8’s produce so many vibrations that cross-plane V8’s are found in some racing vehicles.

OK, without going into further technicalities of V8 configurations, let’s not look at 10 different V8 engine models and check out the differences between each one.

Yes, American’s love V8’s and you know why, because we love power, we love rumbles and we love thunder. If America was ancient, we would have created Thor and not the Norwegians. Now you might ask why the V8 is loved so much when there are a V6 and V12 that provides a much smoother and more economical ride? Well, you can blame it all on Cadillac and their 1915 5.4L 70hp model. This little beast was copied by Oldsmobile, Chevrolet, and Ford and suddenly everyone wanted a V8 instead of another configuration.

The V8 came in a number of designs, engineers produced a flat-plane crank for more power, or create a cross-plane crank giving additional torque. The compact V8 design meant that it could fit into a small 4-cylinder engine area and it was significantly shorter than the 6 and 12-cylinder options. What really got the ball rolling on these engines was the Ford Flathead, which made its first appearance back in 1932.

This was a masterpiece of engineering that was ahead of this time. The Ford flathead V8 came with a one-piece block, high-pressure oil lubrication, and an innovative crankshaft design which were all new to the time. What made it especially attractive was its price, which is something Ford was all about, the car for the masses. This engine lasted all the way into the 50’s and is a much sought-after vintage engine for enthusiasts and collectors.

The Rover V8 was another feat of excellent engineering and this time from the UK. This engine first appeared in the 1960’s but stayed around until 2006, proving it was a superior designed engine. This engine is found in many applications including Land Rover’s, some Morgans and TVR’s. This beast actually started out as the Buick 215 and was an all-aluminum piece that became the world’s first turbocharged engine in the Oldsmobile Jetfire.

This compact V8 dates back to 1955; it was the engine of choice in the first Corvettes. From that date, it has been used in multiple applications and comes in a number of sized starting from a 4.3L up to a 6.6L capacity. This model lasted until 2003 and was then replaced by the Gen II model that started out a decade earlier in 1992. What is good about this small block is its ability to fire up to 350hp. Today we have the Gen V model all based on the original model but with improvements added over time. 350 chevy engine on carburetor was a good one!

OK, we spoke about beasts, but this is the He-Man of engines, its all about testosterone and other steroids all mixed together in 1951 and got their name from the hemispherically shaped combustion chambers. These engines were not unique, but their capacity was enormous compared to the competition, and that is what makes the Hemi the engine of choice for many power seekers.

Among the models you can find is the first contender being the 426 Hemi that was placed in the 1970 Plymouth Barracuda and now the 707hp Dodge Charger Hellcat supercharged 6.2-liter V8, and if you want to go even hulkier, then there is Challenger SRT Demon with an 840-hp version. 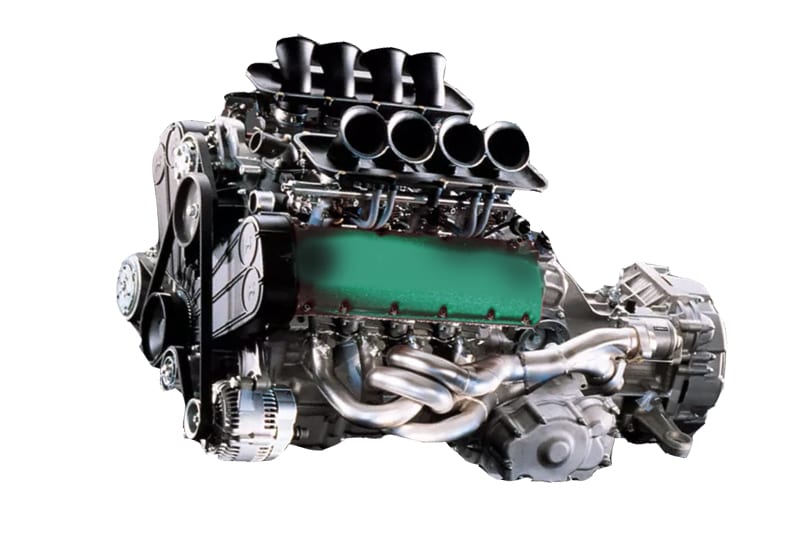 How can I discuss V8’s without looking at European models, and here is the first of these models. There are a few loved V8’s out there, the first being the Ferrari F106 V8 which was aptly named the Dino 308 GT4 2+2 in 1973. This engine produced 250hp from a 2.9L engine and used a flat-plane crank with dual-overhead camshaft design. This design feature remained in place till 2005 and was then replaced by the multivalve heads with electronic fuel injection features that generate over 400hp and can be found in the 308, F355 and the twin-turbocharged F40 models.

Let’s talk about raw Italian Stallion power. The F136 pushes out 483-hp in a 4.3-liter F430 that came on the scene in 2004. Maserati uses a modified cross-plane crank version of the 458 4.5L Speciale with its 597hp in their Quattroporte and GranTurismo models. While the Maserati GranTurismo uses the 454-hp 4.7-liter version, all of which are noted for their excellent engine tone. In 2015, Ferrari 488GTB introduced the new turbocharged F154 V8, which has replaced the older models.

The Audi B7 generation RS4 used a 420-hp 4.2-liter V8 engine and integrated a dry-sump lubricated variant in the R8 sports car. These engines are high rev models and can go up to 8,250 rpm while making all the right sound and tones. Today the Audi models come turbocharged and reach 600hp.

BMW is no newcomer to V8 engines; this German giant has perhaps some of the best engines on the market. The current contender for the V8 crown is the BMW 4.4-liter twin-turbo S63 which produces 600hp and delivers an amazing wheel screeching 553 lb-ft of torque instantaneously.

Mercedes is the other German giant that has used V8’s for decades. Their model I prefer is the 467-hp C63 AMG M156 6.2-liter V8. Although today you get the latest M159 model that is used in the SLS producing 622hp. The Mercedes AMG GT R Coupe uses a very powerful twin-turbo 577-hp V8 version.

Its back to the UK and this time in the amazing McLaren Automotive model M838T. This is a twin-turbo 3.8-liter V8 creating 592 hp and was tweaked all the way up to 727hp in their hybrid P1. Today McLaren has introduced the 720S which they also call the M840T. This engine produces 710hp, and I expect it will coax out more with some future modifications.

To sum up this section, there are some amazing V8’s, all different, all using different parts delivering different configurations. As you can now understand, asking how much does a V8 engine cost is basically asking for the cost of building a house. Which type? With what materials? What specifications? Duh.

OK, now it comes down ty crux time. The cost and prices of a V8 engine.

I won’t banter and beat about the bush, let’s just dive into straightforward facts based on prices found on the internet.

The 5.7-liter Hemi V8 will cost you around $3,500 for a used engine. Don’t ask me how used, and in what condition, each one has its own set of issues that have to be addressed.

The bottom line: Engines are a load of parts, if you don’t buy a new one, you will need to strip down any used engine, and rebuild it using either the same parts, stock parts or aftermarket parts. The prices of each engine vary, and there are no cheap solutions. You get what you pay for.