Can You Soup up an Engine Without Losing Reliability?

Modifying a vehicle is second nature to ownership. You can’t have the undying urge of improving your current wheels but not tinker with the existing setup? It’s after all not possible to go car/truck shopping every week, is it? And modifying is the ideal next step because if done right, you can increase your vehicle’s potential, or at least allow it to run optimally. Most new vehicles are made to be as widely appealing as possible — so everything is tuned to appeal to the widest audience. With mods, you can focus on particular areas in which you want the vehicle to improve. So for instance, if your truck is great at everything but it lags when it comes to serious off-roading, you modify it with the right set of parts, and voila, you have a truck that has its keen focus on handling bad roads — or no roads at all. We’ll take a look at possible disadvantages of that later in the feature, but before that, let’s get the biggest obstacle out of the way first: can you soup up an engine without losing reliability? 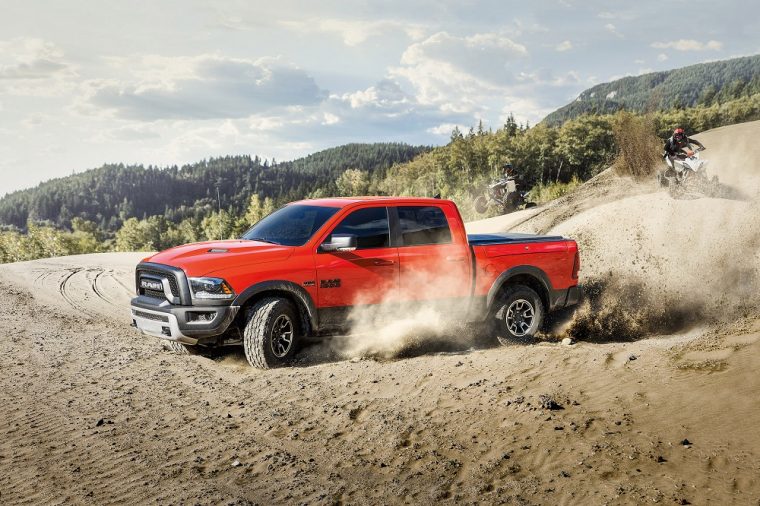 The answer to that isn’t as simple as the question itself. Because it’s a fine line where you must tread if you want to retain the reliability of the stock engine but with added performance. Overdoing the mods is easy. Say you have some extra money to spend, you pick up high-performance parts, install those, and in the end, you get an enormous increment in performance. Your truck/car seems more eager to leap, the top speed might have an apparent difference, and it might even sound much better as well. Getting out of corners, you might now be more careful because there’s so much power — and it’s addictive, to say the least. Right? Isn’t that how you would want your vehicle to be, ideally. That sounds great until you realize the dashboard ‘check engine light’ pops up. You get it sorted and a few months later, the performance takes a hit. You get it checked and maybe it’s just a clogged air filter. You deal with it, enjoying a few thousand miles later, you witness an engine blowout. Out of nowhere. You didn’t see that coming, did you?

Our motive isn’t to instill fear but just to show a possible outcome if modifications aren’t done right. Because if any of the above happens, anyone’s first reaction would be to say that you can’t soup up an engine without losing reliability? But that’s not true. Let us explain in simple words. Every engine component is made to withstand a specific amount of pressure/stress under normal operating conditions. Any deviation from that will cause the part to under perform. So when you upgrade one part, care has to be taken to ensure that corresponding parts that might be directly connected to the part you just replaced don’t bear the brunt.

So the ideal way is to make a list of components that can affect the performance and longevity of the engine. And once that’s in place, you start by gradual upgrades. That’s why upgrades come in stages. Even in the case of tuners, after a point, it’s not just a new engine power map on the programmer but also new components to go with that. Otherwise, it’ll just be a great engine ruined for small, short-lived gains. You can read more about modifications on your truck on Mechanic Guides. The covered topics include everything from new air filters/cold air intakes to deleting the emission-control devices for improved performance away from public roads.

To soup up your vehicle’s engine without losing reliability, you can take a look at some of the possible upgrades that are available. Most of these can be installed by you without even paying expensive labor charges to truck shops. Another thing you must keep in mind while upgrading is that every part needs to be fitted perfectly. That works well if you’re well-versed and inclined to some DIY, but if you have any doubts or apprehensions, it’s best to take some help from experts.

A cold-air intake setup is going to help the engine breathe and perform slightly better. That’s because colder air is denser, and thus means the combustion is going to be better. With most cold air intake kits, the filter is also better than the stock unit. Some cold air intakes also improve by letting more airflow into the engine. With a good one, you’ll feel that the engine sounds a bit better, and it gets more responsive.

An aftermarket exhaust is bound to decrease the back-pressure on the engine. This not only makes the engine more vocal. But it also lets the user experience an increase in the overall power. The power increment isn’t going to be huge but large enough to be felt when you press the gas pedal. And with an improvement in the sound, your vehicle is bound to feel more exciting as well.

An easy way of increasing/modifying the way power is produced in an engine is by using a custom engine map. A tuner lets you modify the ECU and thus change the engine characteristics. A new tune will not just give you a noticeable power bump, it can also mean — depending on the vehicle and the tune you choose — that the vehicle becomes easier to drive. And since tuners aren’t very expensive, picking one makes a lot of sense. As you upgrade various components, you can request for corresponding tunes as well. Another thing about tuners is that some of these can also search for check engine codes and tell you if there’s something wrong. That works exceptionally well if you keep upgrading your truck and need to monitor what it’s up to.

So all in all, it’s okay to soup up the engine without losing reliability as long as you know what you’re upgrading — and why.