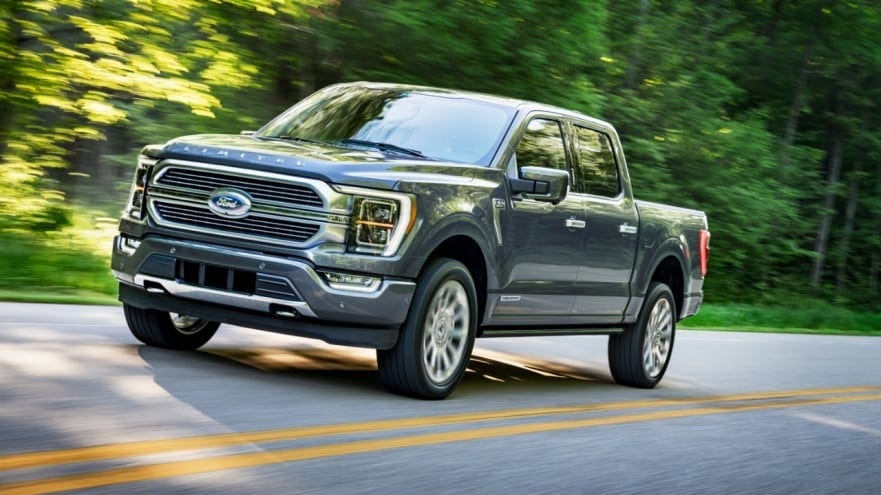 The first of the Ford F-Series trucks might have been launched more than seven decades ago, but every consequent model has been responsible for bringing new features and excitement in equal measure. The 2021 Ford F-150 is no different in that regard, even before you consider that the first F-150 was brought out 35 years ago. The truck’s influence in the US market is second to none — Ford reported an increase of 15.9 percent in the trucks segment last year, despite witnessing an overall negative growth. The F-Series was the largest selling model line in the US, recording total sales of 896,526. Enough of the boring stuff, let’s actually take a look at what the F-150 offers.

To be made available this fall, the 2021 F-150 series has a lot going for it. We’ll come to the more obvious/visual details in a bit, but first the more exciting inclusions. The biggest one is possibly the addition of advanced semi-autonomous driving features. Apart from the ability to detect and deter collisions, the F-150 will now allow for hands-free driving on certain highways. This will be possible as long as you have your attention on the road (monitored with the help of a driver-facing camera). The required hardware comes with the truck, whereas the feature will be available through an update in the third quarter of 2021. In addition to that, there’s also an Intersection Assist that will reduce the chances of an accident, when the driver is trying to turn left. The Active Park Assist 2.0 makes it possible for the truck to pretty much park on its own, whereas other safety-related inclusions are pedestrian detection, pre-collision assist, etc. And those looking at towing regularly with the new 2021 Ford F-150 will be delighted to know that Ford has also included its Trailer Reverse Guidance and Pro Trailer Backup Assist, making the F-150 the only light truck to include such features.

That is only the beginning of it, though. While Ford is likely to share finer details soon, the truck looks very interesting. Take the Max Recline seats for instance. These available on select trims can recline up to 180 degrees, offering maximum comfort when you take a break on long drives. Another bit that stands out is the inclusion of what Ford calls the Interior Work Surface. At the push of a button, the gear selector integrates into the center console, making a flat work surface on which a 15-inch laptop can easily be placed. And if you’re looking at doing more hard work, the Tailgate Work Surface will have no problems in obligating.

Practicality is clearly a strong point for the new F-150 (with additional storage spaces and aforementioned features) but what’s under the hood to lug all that around, you must wonder? There’s a 3.5-liter EcoBoost V6 engine mated to a 47-hp electric motor (collectively called PowerBoost). The powertrain offers an EPA-estimated range of about 700 miles and a towing weight of at least 12,000 pounds. Also available is the ability to use the F-150’s prowess through exportable power. The PowerBoost can offer a total output of 7.2 kilowatts through its various in-cabin, 20-amp, and 30-amp outlets. There will be other standard gas-only engine choices as well.

Okay, but what about the looks? The appearance has been revamped as well, with Ford claiming that each exterior panel is redesigned. It has a steel structure underneath and an aluminum alloy body atop that. Apart from the new look, the truck also gets 11 new grille choices, among other optional features. Another area where the F-150 excels is the aerodynamic abilities — it’s the most aerodynamic ever, thanks to active grille shutters and design improvements. On the inside, the advancements include a choice of an all-new 12-inch touchscreen with a split view or an 8-inch one on the lesser models. There’s also a 12-inch information display for the driver, and even soil-resistant two-tone seats, among other improvements.

On the infotainment side of things, Ford has updated the SYNC 4 system, which allows a variety of connectivity choices, real-time mapping, voice control, etc. You can choose between an eight-speaker B&O sound system or an optional, high-spec 18-speaker unit from the same manufacturer — Bang & Olufsen. To enjoy that Ford’s also offering 10,000 hours of on-demand content as well. And to round it all off, the company also has FordPass (a mobile app that allows certain functions of the vehicle to be controlled remotely), 911 Assist (a system that automatically alerts emergency services in the case of an accident), and over-the-air updates for the entire truck.

Ford claims that this is the truck for getting things done. And clearly, by the looks of it, it’ll achieve that — and more.